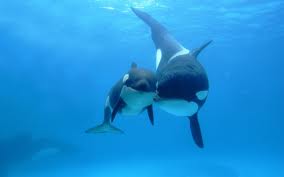 More and more aquariums, zoos and circuses are learning that the public no longer wants to see damaged, unhappy, suffering animal souls.
The Vancouver Aquarium is no exception.

“In exciting news for cetaceans in Canada, the Vancouver Park Board is considering a ban on marine mammal displays at Vancouver Aquarium. This decision would be a 180-degree turnaround from the board’s former mission of actually expanding the number of whale tanks at the aquarium and would place Vancouver’s aquarium on par with Toronto’s, which does not display any large marine mammals. You can read more about the Vancouver Park Board’s change of heart here.

We need you to contact the members of the Vancouver Park Board and ask them to follow the lead of Toronto’s aquarium and reject the continued display of whales and dolphins at Vancouver Aquarium. By taking action, you will be playing a huge part in ensuring a better life for marine mammals who are denied everything that is natural and important to them in captivity.”