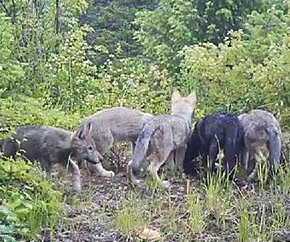 Due to the public´s outcry the governor of the state of Washington stopped the killing of the wolf pack known as the Huckleberry Pack. Several organizations have helped in this fight for the lives of the wolves, one of them being the Center for Biological Diversity.

“We breathed a sigh of relief this weekend as officials in Washington state finally called off the hunt for the Huckleberry wolf pack. The pack, hounded by helicopter snipers and trappers on the ground, faced the very real possibility of being destroyed within a matter of days.”

Thank to all who have helped so far!

You can read more here