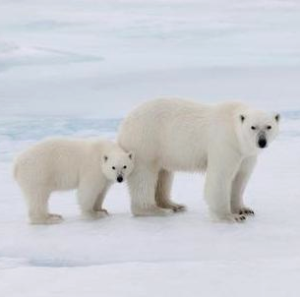 In the past week the news spread quickly through all animal related media that Shell has decided not to drill for oil in the arctic. Many people believe that the arctic is so vast, uninhabitable and more or less made up of ice and more ice that there hardly is any interest in what goes on so far north.

But not only the Inuit know how diverse life forms in this part of the world are.  So the news is relevant for several different species whose home could have been in direct danger. But not only would their habitat be threatened. Drilling for oil could lead to oil spills and these spills would not only threaten places in the arctic but could move further south and thereby create havoc along the way.

Shell has not decided upon ending their interest (for now) in this part of the world because of their love for the environment but because at this time it would not be profitable. As long as the oil prices are as low as they are now there is no need to put money into such a relatively costly project.

You can read more about this here: