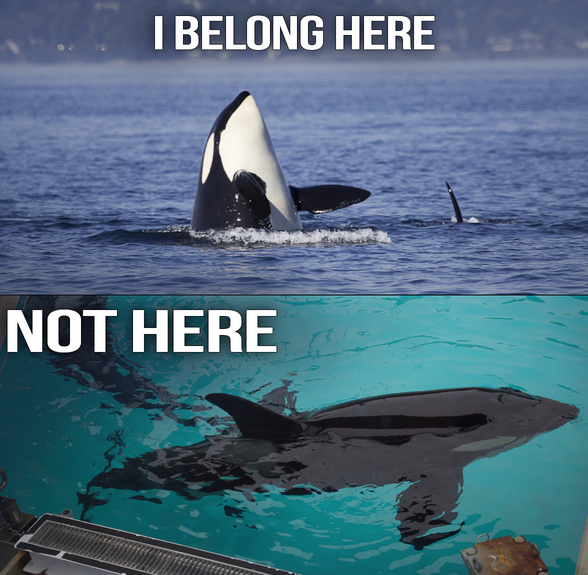 One of the big news of the last couple of days is Sea World’s news release saying the end of orcas in Sea World is near. The promise is that no more breeding will take place at Sea World and that no new whales will be caught from the wild to be presented at any of Sea World’s parks. Additionally, orcas shows will be “phased out”, as CEO Joe Manby from Sea World promised.

The pressure on Sea World has increased dramatically since the release of the movie “Blackfish” to stop all orca programs and to release all captive orcas back into the wild.

Joe Manby states that setting the orcas free who have lived all or most of their lives in captivity would most certainly lead to their deaths since they would not know how to survive in the wild.

It is to be hoped that Sea World will stick to all their promises and commit themselves to rescue missions instead of animal captivity.

2 thoughts on “Orcas at Sea World”