Sadly, this “title” would probably still fit many small zoos and animal parks in the world. Luckily for the animals at the Gaza Zoo, the animal welfare organization Four Paws has started rescue efforts, but there still is much work to do.

FOUR PAWS has returned to the Gaza Strip.

Over the last few days, a FOUR PAWS team has been helping the desperate, suffering animals at the Khan Younis Zoo, described by some media outlets as “the worst zoo in the world”.

There are still several animals living at the zoo, including Laziz, the last remaining captive tiger in Gaza, along with monkeys, birds, emu, deer, turtles and a couple of porcupines, all of which are still sadly living in very poor conditions.

Thanks to the support of generous people like you, FOUR PAWS has been able to provide much-needed food to the undernourished animals, which has led to visible improvements in the health of the animals, including Laziz the tiger.

In addition to providing food, we were able to check on all of the remaining animals, provide veterinary treatment, and even relocate some of the animals to larger enclosures, including a pelican, the two porcupines and some turtles.

Even though our team was only permitted to stay for a limited time in Gaza, we’ve met with the responsible people on site and we will continue helping beyond our departure.

We are still working to find a permanent solution for the animals in Gaza, and we will continue to keep you updated on the situation.”

“P.S. We are 100% funded by voluntary donations. Your gift today means we can do more!”

You can read more here:
http://www.four-paws.us/news-press/press-releases/four-paws-back-to-work-in-gaza/

Thank you for spreading the news on animal welfare!

Please sign the petitions (there are actually one each per elephant), thank you!

Denied everything that is natural and important to them, these nine elephants have been kept isolated from other elephants for years. You can help them.

The conflict in the Middle East has left people homeless, children orphaned, nearly everybody suffering. And in the midst of the misery the animals hardly have a chance of help. Some organizations still take the risks and try to help these animals in desperate need.

“The conflict in the Gaza strip that went on for weeks caused not only human casualties but affected animals as well. The zoo in North Gaza was heavily damaged during the conflict. More than eighty animals in the zoo perished. The twenty surviving animals are now finally receiving medical assistance. The animal rescue organization FOUR PAWS was able to get access to the heavily damaged zoo and provide lifesaving medicine and food for the animals, as well as to restore the water supply.” 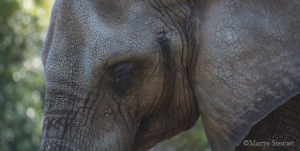 Where should elephants live? Yes, the correct answer is either in Africa or in Asia. But there they are killed for their ivory. And in larger numbers than ever. So would it not be better for them to live in zoos that keep them safe, in an enriched environment, with enough space to walk, sleep, eat, raise their offspring, and, even though confined to a much smaller area, simply live? This discussion has been going on in animal welfare groups for a long time. Advocates of zoos will tell you how much better life is for an animal in  a well protected environment and that zoos will save the elephants from extinction. The opposition will argue that any kind of imprisonment, and that is how a zoo is seen, is worse than freedom. If you think you can compare humans to elephants ask prison inmates what they believe and you will always get the answer from most of them that living outside of a prison, no matter how poorly, fares better than being locked up.

Here is a situation where the safety of the elephants certainly was not guaranteed:

“Watoto, the sole African elephant at Seattle’s Woodland Park Zoo, was euthanized on August 22, 2014. The zoo apparently doesn’t monitor the elephants overnight, and zookeepers had arrived to work to find Watoto on the ground. After being unable to lift her with straps and heavy equipment, they euthanized her. An elephant’s natural life span is similar to that of a human’s, and Watoto was only 45 years old. This is the second elephant death in seven years at Woodland Park Zoo. The first was the death of 7-year-old Hansa, resulting from the stress-related elephant herpes virus and, like Watoto’s death, inadequate monitoring. Even though numerous zoos have closed their elephant exhibits and despite the inherent cruelty of captivity, Woodland Park Zoo continues to defend its decision to keep its exhibit open. In fact, it announced a seriously misguided five-year plan earlier this spring that would involve spending about $3 million to modify the facility and add more elephants.” 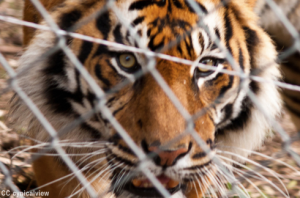 The animals in Louisiana might get a break if all goes well. If you live in Louisiana, here is your chance to get active:

“If you live in Louisiana, please plan to attend the Louisiana Department of Wildlife and Fisheries’ hearing on the rule changes next week and speak in support of the animals. 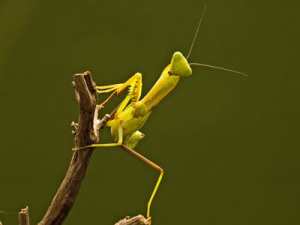 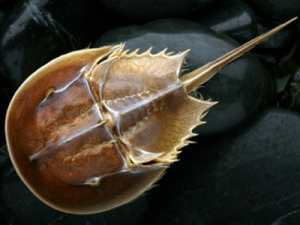 This is not a question of whether or not there should be zoos but what zoos should or should not do with animals that have been kept in zoos for quite some time.
Animals that are no longer welcome might simply be killed.
The Washington. DC based National Zoo, part of the Smithsonian Institute, is closing parts of its zoo due to lack of funding.

“The National Zoo announced Monday that it will shut down its exhibit of invertebrates — water and land creatures that don’t have backbones — on June 22.

The closure of the exhibit, which is in a secluded part of the zoo, is a cost-cutting move, zoo Director Dennis Kelly said in a statement.

Some of the animals — the hissing cockroach, the bird-eating tarantula, the peppermint shrimp, among others — may be sent to other zoos, the zoo said. Some may be moved to other locations in the zoo. Some may have to be euthanized if new homes can’t be found.

The exhibit has cost $1 million a year to operate, and needs an estimated $5 million in upgrades, the zoo said. Its five staff members will get jobs elsewhere in the zoo.

The last day to visit the exhibit is June 21″.