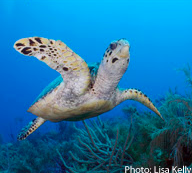 When the first pictures were published showing how the oil spill in the Gulf of Mexico had affected not only everybody living in this part of the world, but also flora, fauna and the water many of us were in shock. This major catastrophe has moved from front page news to the back of the papers, and in most cases also to the back of the minds.

“It’s been four years since the BP Deepwater Horizon oil disaster, the largest in U.S. history, claimed 11 lives and gushed oil into the Gulf of Mexico for 87 days.

After the disaster, BP spent hundreds of millions of dollars on a PR blitz promising it would take responsibility.

But now that BP thinks everyone’s forgotten, it’s in court trying to backpedal its way out of paying billions in damages leaving behind the dolphins, turtles, wildlife and people who call the Gulf home.

BP is even publicly shaming Gulf residents, running full-page ads accusing them of fraud while refusing to pay billions in claims.”